The town of Porano shares with the nearby town of Orvieto, a significant historical, archaeological and environmental heritage, as to be inserted in PAAO (Archaeological and Environmental Park of Orvieto’s discrict).
In fact, there are on the territory of Porano still fine examples of historic buildings as Villa Paolina, with its eighteenth-century park, trees and typical Italian gardens.
Etruscan tombs as the Hescana’s Tomb and the tombs Golini I and II (IV sec. C) the only
ones with mural paintings in the entire region and the whole Volsinian area, still visible in
situ at the National Archaeological Museum of Orvieto, along with a remarkable series of the City of Porano and the Superintendence for Archaeological Heritage of Umbria.
An important circuit for equestrian tourism is also represented by “the Bridle-way of the Region of the Tuff, and Porano is among the main promoters of this interregional project. 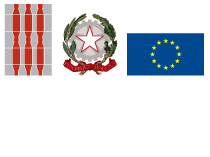